Hello, there! My name is Sarah Hopkins. In just over a year, my name will be Sarah Harper. I am currently engaged to my best friend and love of my life, Jonathan.

On August 21, 2016, I was visiting a church who I was in the process of interviewing with for a Music Director position. At that church, I met the Technical Director on his first day of the job. Little did I know, he’d be my husband one day.

Fast forward to March 2017, I’m working at another campus for that same church, and the campus I’d visited in August 2016 suspends services. Jonathan is brought to my campus, and we met yet again.

Over the next few months, our workplace friendship grew, mainly out of panicked texts (from me) about how to set the alarm and turn off the lights in the auditorium. Like most romantic stories go, we engaged in GIF wars. In June 2017, Jonathan finally decided to kick it up to the next level and ask me to go to lunch after church with him. I surprised him with a yes.

We went to Panera, then we went to Target and walked around, came back to serve with our student ministry, then went to dinner together at iHop because we just hadn’t spent enough time together…clearly. We had an amazing time together and sparks were flying. The next morning, I had a terrible feeling that sort of interaction between girl and guy coworkers was frowned upon.

Sure enough, I talked to my boss about it and was instructed to not go anywhere alone with him or ride in a car alone with him. So, we abided by those rules. For the next few months, we had chaperoned outings, taking along family members and friends, so that we could spend time together. In our final weeks in this stage, we drove separately an hour north to Massaponax to have lunch with his mom. That’s when we both realized we had to do something. 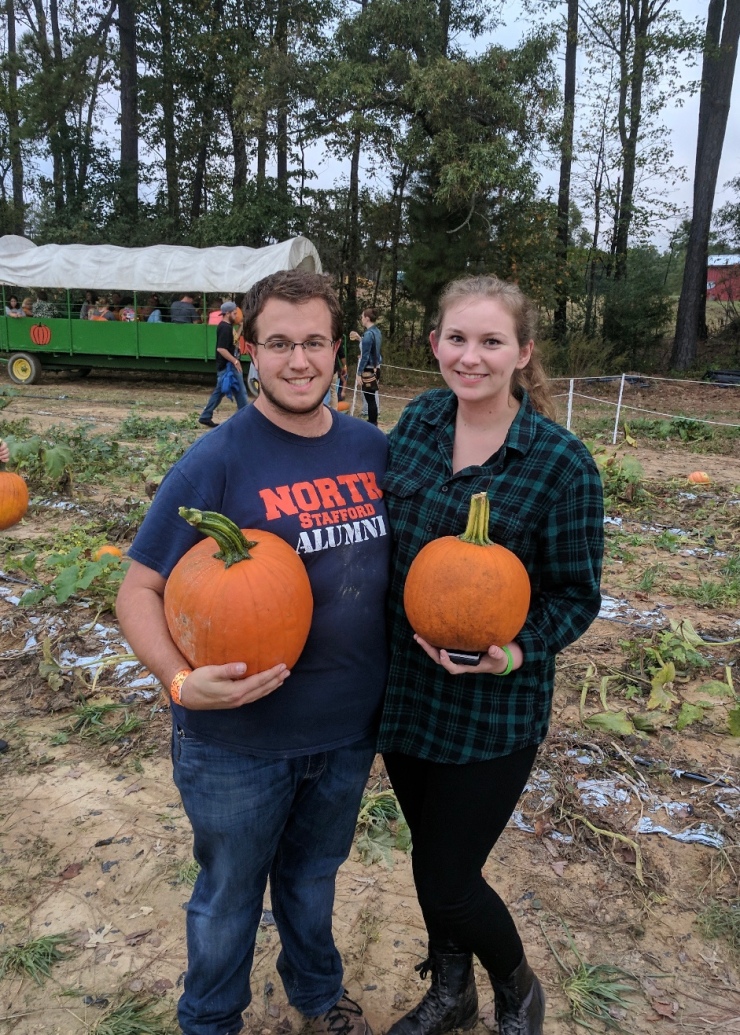 We approached our boss and let him know we had feelings for each other and wanted to date. I was extremely scared that this would be grounds for firing us. One night after serving with student ministry, we were informed that we were indeed allowed to date and had the blessing of our leadership.

That was October 29, 2017, our day one. Upon finding out that we could date, things moved pretty quickly. He officially asked me (upon being informed he had to actually ask) to be his girlfriend, we went to Cookout for celebratory milkshakes, and then we kissed. It was his first kiss and he apparently felt sick afterwards. Yikes….

Up until that night, all I had were little moments. The greatest of those moments were just saying goodbye outside of his house or in the parking lot. We would stall and talk and dance to our song, “Hold You in My Arms” by Ray Lamontagne, and look up at the stars, praying that one day we would get the opportunity to date each other, without one of us having to be fired or quit (because trust me, we both really like our jobs). Jonathan & I on our first date to Carter Mountain in Charlottesville, Virginia on     November 11, 2017.

From October 29, 2017 on, we have never looked back. There has never been a question that this was meant to be. We have had the most beautiful story. We spent Christmas together, New Year’s Eve together, our birthdays together, vacation together, etc. Our first Christmas morning together

Our story got even better on August 3, 2018, when he proposed to me! I was completely surprised, just because in my mind the timing made no sense. I was under the impression that he had bought a completely different ring (a Moissanite ring I found online) and that he had not spoken with my dad yet (he had done so, two months prior). He proposed to me at Historic Pole Green Church, which is really just the site where a church in my area was burnt down and now there is just a structure of the outline of the beams. 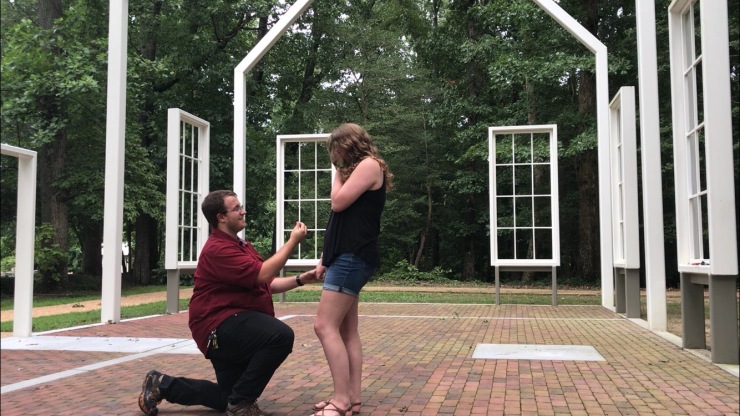 I am currently in the early stages of planning our wedding. It’s interesting to me that people often assume that every single girl has an elaborate dream wedding she has had engraved in her heart since she was 5 years old. This was not the case for me! I have always loved the idea of a private wedding with no family at all invited. There are many reasons for that, which I will likely explain at a later date. All that to say, we are not having a private wedding. We are having a wedding with about 150 people. I hope you will follow along with me as I go through this challenging, beautiful, amazing, once-in-a-lifetime journey to becoming Sarah Harper.